It Takes All Kinds: Variety Even in Tiny Honduras

Every community, town, or city is a microcosm. True, some may seem more homogenous on the surface, but undoubtedly once one dives into it more deeply, the world becomes complex. Even a very small country like Honduras, where I spent my childhood, has a surprising variety of people and cultures.

Growing up, I was sheltered from much contact with the “outside world”, always living in neighborhoods inhabited solely by Standard Fruit Company employees, with a high percentage of expats. Some that I remember were of American, Dutch, Indian, British, and Cuban nationality. An occasional visit to the market or to the countryside gave me glimpses of those more representative of Hondurans in general, but I can’t remember visiting many homes or really getting to know how they lived.

Our international school, with mostly American teachers, had only a small percentage of non-Hondurans. I found myself trying to fit in by imitating the Spanish accent of my classmates when I spoke English in the recess yard. Was that the budding linguist in me?

There were a few Islanders in our classes, that is, whose families originally came from the Bay Islands off the Caribbean coast, the largest being Roatan. The Islanders were an unusual group in that their first language was English, but they had their own dialect. Blacks seemed to be the majority, but those that I remember at my school were white.

At one point our family started attending an English-speaking Episcopalian church with an American pastor and a high percentage of Islanders, mostly black. The pianist, Miss Popanken, was white, of eastern European origin, but had previously lived in Belize. In that church I learned to adapt my accent again, at least on occasion, for the liturgies and songs. There was a little hymn: “Dear Lord, three things I pray: to see Thee more clearly, love Thee more dearly, follow Thee more nearly, day by day”. The Islanders pronounced, “clarely”, “darely”, “narely”… and so did I, at times. They also pronounced the “v” sound as a “w”: “Wery God of wery gods, begotten not made”.

Two women served as our domestic help in my latter years in La Ceiba: Amina and Lolita. They were total opposites! Amina was a Mestizo single mom, who wore low-cut necklines and loved to dance. Lolita was a black Islander from a strict church, who wore long sleeves and thick stockings in the humid tropical heat. She was scandalized by wild modern dancing and such. Once Lolita took me to her church, and I remember the children touching my hair, fascinated by its smoothness; likewise, their plaited curly locks intrigued me.

It was not until I was a few grades into school that I realized there was another sub-group in the local culture: the “Arabs”, whom I later learned were Lebanese. The last names of these classmates contrasted considerably with the Hispanic ones: Dib, Kawas, Busmail, and so on. Many of their parents owned or managed the nicer “almacenes”, stores selling dry goods and imported items, for example. Though I didn’t get to know much about their culture or cuisine, I recall that my Dad once dined at one of their homes and was honored with a succulent treat, in their opinion: sheep’s eyes. He managed to gag one down. 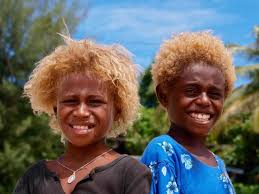 Once in a while, I had the chance to see Caribs, as the Garífunas were called. They were “black”—in reality Afro-Caribbean, but were totally different from the Islanders. The Garífunas speak their own language, and their culture is combines both African and indigenous influence. I recall that around Lent, colorful Carib dancers went out into the streets, accompanied by their own instruments. Our main contact with them was when we bought cassava bread, a dry, crisp sort of flatbread made from the manioc root, after processing it to remove cyanide. For us, its flavor was enhanced when buttered and sprinkled with Parmesan cheese, certainly not the way they consumed it.

Since then, I’ve learned that there are several indigenous groups in Honduras, but I wasn’t aware of that in my younger years.

Back in the 50’s and 60’s, as far as I can recall the population was, in contrast, much more homogenous in Ontario,  Canada, where we spent our summers. Despite my somewhat “protected” expat life in Central America, it was much more varied and colorful in terms of the people that surrounded us, for which I am grateful.

Raising Bilingual Kids as an Expat